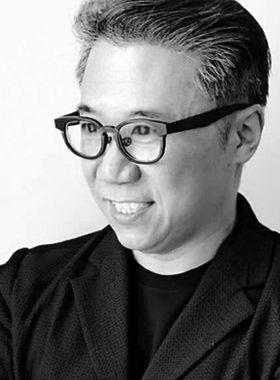 The Design Council of Hong Kong is committed to make better use of different platforms to enhance communication with the industry and the public for the purpose of promoting and expanding the role of design in Hong Kong.  We are pleased to launch a new website to share with you our mission and give updates on our work.

Promote – In recent years, one of the focal points of the Council has been to further promote the Hong Kong D-Mark Certification Scheme (D-Mark).  D-Mark is a design mark officially launched by the Council in 2014 to recognize Hong Kong companies that have demonstrated their commitment to design through various means.  More than 60 companies have successfully been certified under D-Mark.  D-Mark has attracted good media coverage, such as Capital Weekly, Metro Radio and Perspective magazine which have reported on D-Mark or interviewed D-Mark holders.  To step up the promotion of D-Mark overseas, the Council participated in the HKTDC’s In-Style Hong Kong in Jakarta, Indonesia in July 2015 to showcase D-Mark holders’ achievements in design.  The Council also produced a video to feature award-winning companies in Hong Kong and their design thinking in 2015.  The video was subsequently aired on various online TV channels in China in August 2015 and had received critical acclaim.   In addition, the Council revamped its corporate logo with a new design and attractive look in October 2015.  The new logo is more contemporary and vibrant, and is able to represent the Council in its advocacy of the value of design.

Inspire – The Council organizes a rich diversity of programmes with a view to inspiring members to experience new design thinking and practices.  In September 2015, the Council organized visits to the stylish “Tribute Hotel” located in Yau Ma Tai and the Artop Group and Qianhai’s Maker Space (a newly established design hub) in Shenzhen.  Members also paid a visit to the “Energizing Kowloon East Project” in January 2016.  A seminar on “Augmented Realty (AR) – The Future of Business Enhancement” was held in January 2016.  In addition, members visited Hong Kong Polytechnic University in April 2016 for an introduction and demonstration of the usage of i.Dummy.

Network – The Council received a number of guests from abroad, such as Mr. Shen Yu from China Industrial Design Museum in April 2015; Mr. Lorenzo Ruggieri, an Italian designer based in Milan in June 2015; an Anhui Design Delegation in September 2015.As a strategic partner of the Global Design Network during the BODW 2015, the Council seized the opportunity to forge closer ties with designers all around the world.

In 2015 HKAI, a total of 87 entries on the Consumer Product Design category were received and all showed high standards of product design and innovation.  The Preliminary and Final Judging Panels included different industrial experts from design, industries, testing, etc. This year’s Chairman of the Final Judging Panel was Professor Joseph J Y Sung, the Vice-Chancellor and President of The Chinese University of Hong Kong.  The Award Presentation Ceremony was held on 14 December 2015.

Finally, I would like to take this opportunity to thank all of you who support local design.  Let us all join hands and contribute to the sustainable development of design in Hong Kong.